In the area of ​​protection and revaluation of cultural and natural heritage, a labyrinthine culture has persisted for some decades, as an inevitable reflection of a complex world, made up of social and economic events and technological innovations that evolve rapidly and unpredictably. influencing the institutional properties of the various organizational contexts.

One way of interpreting the crisis situations that emerged from the debates developed during the 5th International CICOP Congress, is to try to identify, on the one hand, the new rules that govern our cities and in particular our historical centers: market rules, competition rules, stock exchange rules, antitrust rules, and on the other the new social needs that derive from the processes of change that arise from these new rules.

These needs have emerged clearly in these days, and even though they have been present and disseminated for some time in our social realities, they have not yet taken on institutionalized configurations. Therefore we perceive an urgent need for:

Finally, there is a strong need for sociability, which is a consequence of the limitation of direct interpersonal contacts, which must be translated into design parameters of the existing environment.

And it is also for this reason that in the historical centers, rich in testimonies of the past, we witness new forms of adversity towards the rules of administrative government, which lead to regional and urban nomadism. It happens, therefore, that when one is not satisfied with the structures offered, rather than entering into direct conflict with the pertinent administrations, one prefers to go in search of other places that respond to one’s own needs.

The interpretation and analysis of these complex problems related to the phenomena of “globalization” to which we all witness, requires a careful study of the complex phenomena that govern them, which seems to be feasible with greater success in limited territorial contexts (municipalities or regions ), when it is possible to win the sectors of interests. The most advanced territorial experiences in this regard are configured with “network” systems, which include:

The perspective indicated by the “network” systems is that of an integrated system of procedures that connect functions that are otherwise dispersed and inefficient: public and private actors can join in a system of relationships – joint actions, allowing the start and implementation of initiatives realistic intervention on the existing environment, very significant for the local community.

This perspective is facilitated in medium-small historical centers or in the metropolitan suburbs, where it is possible to concentrate resources on a territory-system of which borders, latent structures of solidarity and micro-territorial governance experiences are already identifiable.

Conversely, in historic cities like Florence, Lisbon, Prague, Sarajevo, Athens, this perspective appears more complex. Research conducted on European cities has highlighted a dichotomy between the logic of efficiency and performance, and the daily realities of individuals often made of loneliness, anguish and silence.

The potential of the local dimension lies not only in the more limited scale of the intervention scale, but also in the possibility of tracing territorial belonging, traces of identity, residuals of community and / or solidarity relations, fragments of identification with places, environments, cultures, that is to say all the resources through which a public-private intervention can undertake experiences of innovation and experimentation.

Although not yet clear and completely understandable, there are still signs of major structural and social changes that herald a new reinterpretation of the famous restoration papers, starting from that of Venice. There has been destruction and deformation – it is true – but also an incessant re-emergence of ancient identities of the territory that have allowed us tenacious continuity in time and space.

But what makes the will to measure itself differently with the complex sector of restoration even more current and stimulating is the coexistence that today seems to be able to grasp between the supply and demand for collective spaces and residential areas.

In particular, the offer of historic cities is still largely linked to the qualitative expressions of their ancient nucleuses. In fact, historical cities continue to offer their knowledgeable spaces, their architectures, their beauty as in a sort of real cultural laboratory.

Theirs is a generous but at the same time unarmed offer, because it is exposed to the quantitative threats of our society (tourism, mass emigration, etc.). And if it is true that today there is greater attention to “re-use”, to “protection and integrity of values”, and to “sustainability”, it is still true that behind these ideas conceptual ambiguities and real dangers are hidden. Like, for example the commodified use of “cities of art”, increasingly empty of inhabitants and increasingly besieged and filled with incompatible destinations.

At the same time, the most recent interventions of redevelopment of the architectural heritage using sustainable technologies seem to be more costly, as they are always and necessarily pilot projects – and therefore experimental – in which more resources need to be invested compared to traditional interventions.

Instead, perhaps for some time now, perhaps for millennia, there have been simpler ways of tackling the problem, re-evaluating exclusively the role of form and optimizing the technological (and material in particular) choices that the restorer is called to make.

The absence of this culture strongly affects the ability to correctly manage the recovery processes of historical buildings, that many rules and behavioral rules could teach us.

Finally, it is necessary to recognize in the cultural and natural heritage the different forms of regionalism, which must be mutually integrated with each other, which are:

a regionalism of environmental characters, which defines the interactions of the building with the properties of the site, adapting the envelope to local light, climate and air (types of sky, latitude and solar geometry, meteorology, etc.);

If great attention has been paid over the past two decades to integrated and interdisciplinary projects, it is also true that all this has remained too often at the level of an experiment or academic dissertation. It seems, therefore, the time has come to draw attention mainly on two facts:

With this spirit we intend to commit ourselves in the near future for the safeguard of Cultural Heritage, within the CICOP Net International Confederation, thanks to the experience gained in twenty years of activity in the International Centers for the Conservation of Architectural Heritage, CICOP. 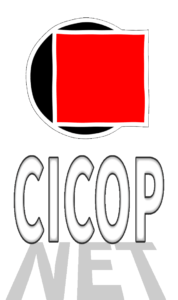